Welcome to the Music of Lou Doyle

From her first song in 1928 when she was sixteen, to the widow sixty years later who had lost Robby, the "love of a life," Lou Doyle, neé Jackson, chronicled the highs and lows of a love-loving woman of the twentieth century who subordinated a musical career to a husband and five children. 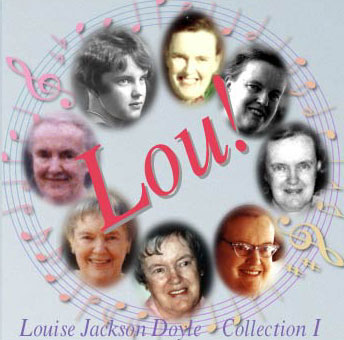 Hiding behind the gender-neutral "Lou" in a field dominated by men, she sent rough "lead sheets" of her music to great band leaders, including Tommy Dorsey and Enoch Light. Their letters encouraged her to come to New York, and she ventured out once or twice before giving in to the nervous breakdowns and agoraphobia that claimed many talented women of her time.

From the mid-1950s, affordable home tape recording let her send piano renditions and typed lyrics. Many were never returned, but about 700 performances of her more than 170 songs survive on reel-to-reel and cassette tape. They were discovered in 1992, when Louise moved to Clifton Rehabilitative Nursing Center in Somerset, MA, and were compiled into three 90-minute cassette tapes with lyrics booklets.

Her first CD was a digital recompilation of the 50-song Collection I she copyright in 1979 and sent to various musicians. All her work is now digitized and archived on DAT tape.

The CD caught the attention of a popular Newport music show. Louise made an appearance and host Saucy Sylvia and her husband Mike performed several of her tunes.

The Fall River Herald News published a column noting that if she had not moved to Clifton, and if the founder of the center, Clifton Greenwood, had not been a supporter of the arts for his residents, her music might have gone unheard. Greenwood allowed her to bring her Steinway spinet into a dayroom, and she often played for the other residents. 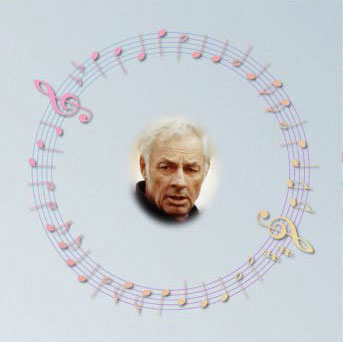 Lou Doyle's lyrics are full of the "moon and June" of American popular music, but spiced with tart insights and variations on old truisms, clever internal rhyme schemes, sexual innuendoes, fantasized affairs, and a melancholy that grew from her repressed drive and vivid imagination of the entertainment possiblities of her songs.

Louise's great hope is that her music will find a publisher some day.